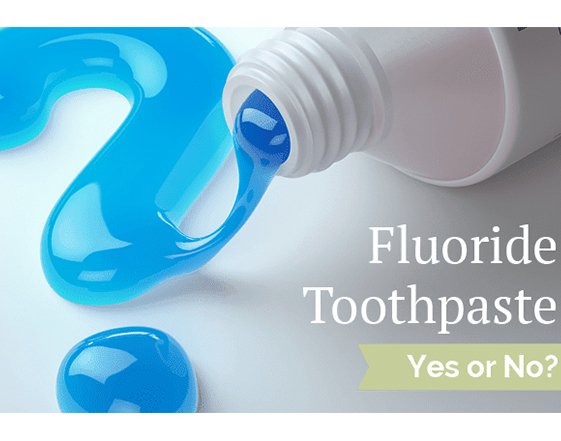 Are you familiar with the word “fluoride”? It seems to be very common in everyday life. Yes, you are not mistaken! Fluoride is not only on the ingredient list of toothpaste but also one of the recommended treatments by dentists. But what is fluoride? You’ve probably heard that it’s good for your teeth, but how does it work? In this article, we will introduce a lot about fluoride, including its benefits, applications, and risks. Read on for more information.

The story of fluoride can dates from the year 1901, in Colorado Springs. A young dentist named Frederick McKay was intrigued and puzzled by the brown spots on the teeth of the locals. He found that people who had experienced this brown staining were less likely to suffer from tooth decay than others who had not. After spending about 30 years investigating and sampling with his colleagues, he finally determined that the tooth stains were linked to fluoride in the local water. Follow-up studies have shown that for most people, a very small amount of fluoride is enough to significantly reduce the incidence of tooth decay without causing tooth browning.

You may wonder what exactly fluoride is. Fluoride is a naturally occurring mineral found not only in water, plants, and soil but also in the bones and teeth of the human body.

Fluoride has important applications in modern technology. Fluorinated compounds are commonly used in our daily lives to prevent dental caries and fluoridation of drinking water and other oral health products. Fluoridation of drinking water is recognized by the Centers for Disease Control and Prevention (CDC) as “one of the top 10 public health achievements of the 20th century.” According to the Royal Society of Chemistry, drinking water with a concentration of fluoride below two parts per million can prevent tooth decay. Some governments have fluoridated salt to help people replace it.

In addition, fluoride has important industrial value. In terms of volume, the main uses of fluoride are the production of cryolite Na3AlF6, which serves aluminum smelting, and the commercial chemical fluorite (CaF2), which helps in steel-making. Hydrofluoric acid can dissolve glass, and its anhydrous form of hydrogen fluoride can be used to produce fluorocarbons.

Fluoride protects your tooth enamel. As the thinnest outer layer of teeth and the hardest tissue in the human body, enamel acts as a barrier that protects your teeth from foods and damaging acids that can cause cavities. Fluoride helps restore tooth enamel by re-mineralizing, making it more resistant to cavities.

2. Keep your bones and teeth strong

Studies have shown that fluoride can help stop the growth of bacteria that can cause cavities. The low ph level of fluoride creates an acidic environment, so it makes it harder for bacteria to survive, potentially preventing their growth.

Too much fluoride can cause white spots on your teeth and even fluorosis. The toxic levels of fluoride vary depending on body weight, but in fact, it is not easy for fluoride to reach toxic levels. Usually, the normal use of fluoride toothpaste will not cause problems such as fluorosis, so do not worry too much.

Soluble fluoride salts, of which sodium fluoride is the most common, are toxic and prone to acute poisoning and even death. The lethal dose for most adults is estimated to be 5 to 10 grams. The time of death ranged from 5 minutes to 12 hours. The mechanism of toxicity is the combination of fluoride anions with calcium ions in the blood to form insoluble calcium fluoride, resulting in hypocalcemia. Treatments may include oral doses of diluted calcium hydroxide or calcium chloride to prevent further absorption, and injections of calcium gluconate to increase calcium levels in the blood. Hydrogen fluoride is more dangerous than salts such as NaF because it is corrosive and volatile. Accidental inhalation or exposure to the skin can cause death, and calcium gluconate gel is a common antidote.

According to the U.S. Department of Agriculture, the Dietary Reference Intakes, which is “the maximum daily intake of nutrients that is likely to have no adverse health effects”, most people can consume 10 milligrams per day, the equivalent of 10 liters of risk-free fluoridated water with no risk. For infants and young children, doses are smaller, ranging from 0.7 mg/day to 2.2 mg/day for infants. Fluoridated water and food sources include fluoridation of community water, seafood, tea, and gelatin.

Fluoride is a natural mineral. Fluoride (such as toothpaste with fluoride) is a safe and effective way to prevent tooth decay if used as directed. By strengthening tooth enamel and slowing its destruction, fluoride limits the ability of plaque and bacteria to work on your teeth.

We recommend brushing teeth with fluoride toothpaste and our toothbrush twice a day to prevent tooth decay and anti-caries. If you have any questions about toothpaste and toothbrush, never hesitate to contact us. We are at your service!